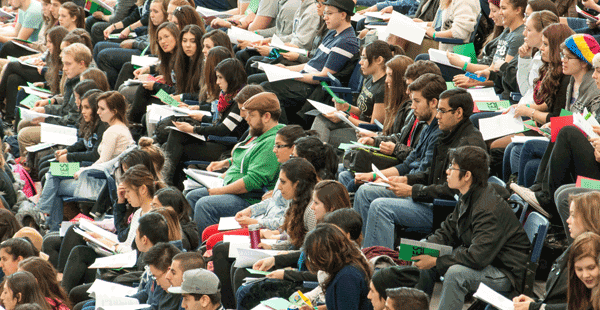 With over 600 students in attendance and over 200 students tuning in to the live stream, this meeting was one of the most successful and engaging in the recent history of the organization. The SFSS is proud that so many students took an active part in the decisions that impact them.

At the Special General Meeting, Greek Letter Organisations received the support of 77% of the attendees who were in favour of having such organisations at SFU.

With a striking majority, 99% voted in favour of continuing to operate the SFSS Food and Beverage Services comprised of the Highland Pub, the Ladle, the Higher Grounds Coffee Shop and catering services.

There was continued support for the Build SFU project with 65% voting in favour of approving a loan in order to start construction of the student union building and stadium; however, this was not enough to meet the 75% required threshold in order for the special resolution to pass. This means that at this time, the SFSS will not be able to pursue a loan required to pay for the construction costs of the project. The architects and design team will continue working on the construction documents for the student union building since these plans are nearly complete.

The by-law addition put forward was voted 68% in favour but this, too, did not meet the required 75% threshold required for it to pass.

We would like to thank all the staff and volunteers for their hard work in organizing and assisting with the meeting to ensure its success.

The university’s Senate had encouraged professors to allow students to miss class in order to attend the meeting. If your professor requires confirmation that you attended the meeting, please complete this WebSurvey.

The SFSS would like to thank you again for attending and hopes you will remain engaged with us going forward.