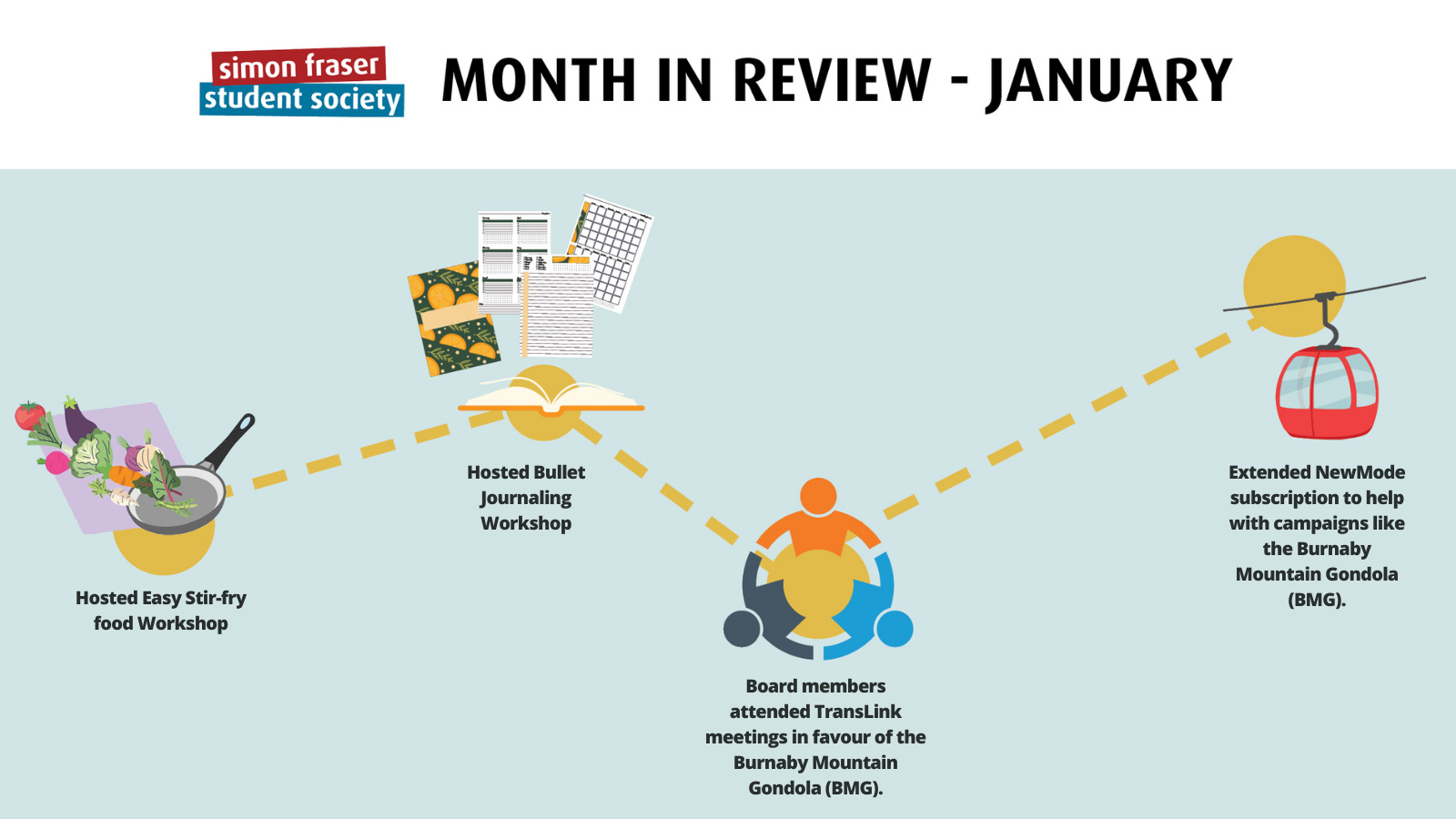 The SFSS board kicked off the new year with different initiatives. The team met for the very first board meeting of this year on 15th January. The meeting began with a presentation from Meaningful Work. The organization matches skilled corporate employees with non-profits and charities for volunteering. Raaj Chatterji, who is also the CEO of Meaningful Work stated that the organization can help in engagement, reduce club time for recruitment, boost club productivity and the SFSS can use this as a tool to measure its impact. The board has requested a formal written proposal presentation. The meeting also included a discussion item where VP Student Life, Jennifer Chou, proposed for a town-hall to address the student concerns.

The board met again on the 29th of January. The meeting began with an appointment of Ayesha Khan as the signing officer. We also discussed the topic of NewMode Subscription. The platform has been used in successful campaigns at SFU, including TMX Campaign & SFU Team name change. NewMode can also help us regarding the SFU Gondola project. Therefore, our VP Finance will include NewMode subscription in the budget draft of 2020/2021. The board also approved $529 for the promotion of the Burnaby Mountain Gondola (BMG) campaign. VP University Relations, Gabe Liosis and President, Osob Mohamed have been attending TransLink meetings where they spoke in favour of the BMG. The meeting was concluded with the approval of $400,000 split over two terms for COVID-19 emergency funding.

Our Accessibility Advisory committee approved the budget for SFU Disability and Neurodiversity Alliance’s meetings. Some of the committee’s on-going projects include the hiring of Accessibility Designated Assistant, Psycho-educational Assessments, setting up bursary fund and gender-neutral washrooms on the SUB. The Events Committee passed motions for trivia nights and Black History Month. The committee also discussed February events which included Valentine’s day themes and video games night.