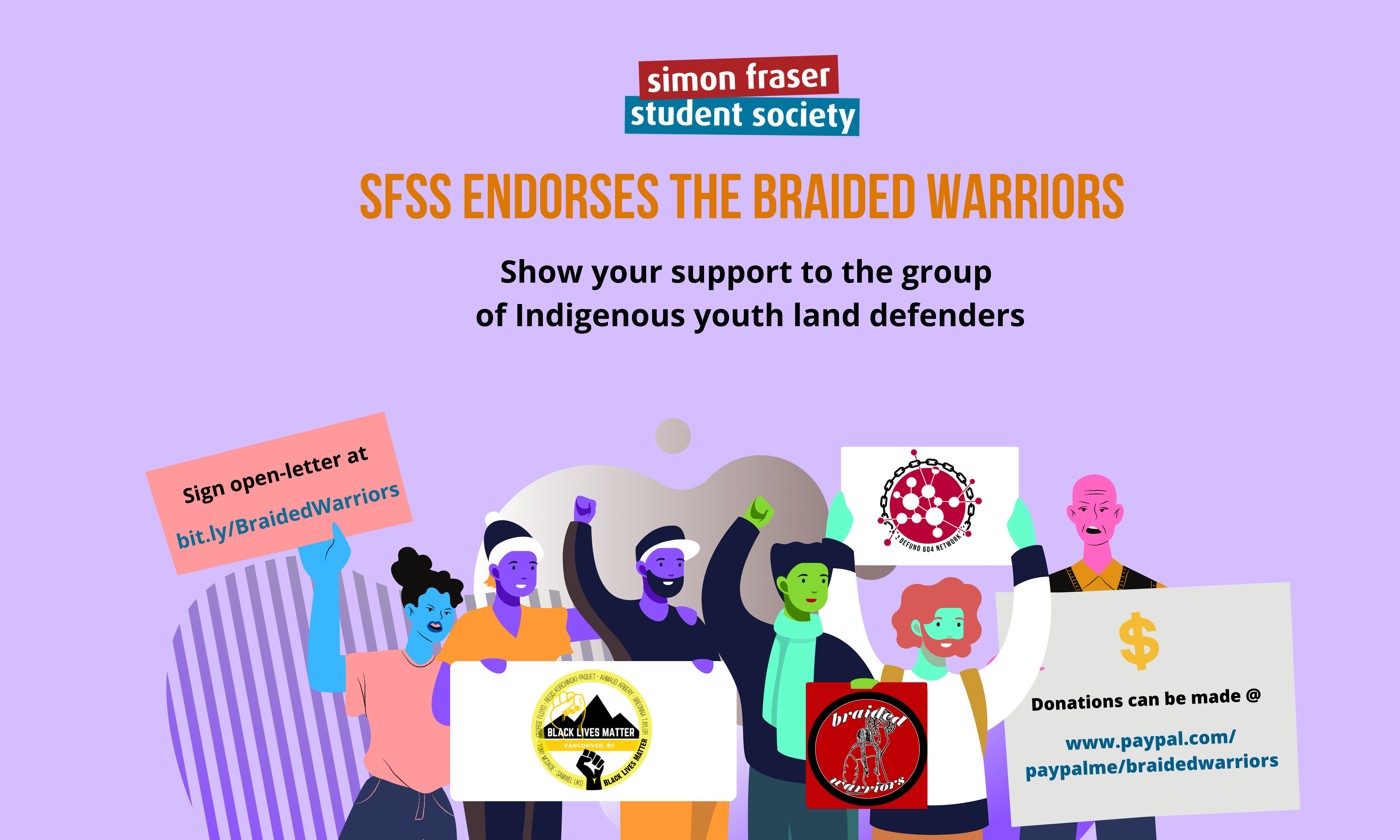 The SFSS has passed a motion to sign and distribute an open letter regarding the violent arrests of the Braided Warriors on February 19, 2021. This decision is aligned with the SFSS stance against the TMX pipeline, support for Indigenous peoples and beliefs in the right of marginalized communities to peacefully protest and assembly.

Want to be part of the change?

The Braided Warriors is a group of Indigenous youth warriors in səl ̓ ilw̓ ətaʔɬ (Tsleil-Waututh), sḵwx̱wú7mesh (Squamish), and xʷməθkʷəy̓ əm (Musqueam) territories defending the land and the people from capitalist colonial violence. They have been on the front lines protesting insurers such as AIG Insurance and CHUBB Insurance to stop insuring the Trans Mountain Expansion (TMX) project.

On February 19, 2021, the Braided Warriors were violently removed and arrested by approximately 25 Vancouver Police Department (VPD) officers during a peaceful sit-in and engaged in a ceremony in the BMO building, which houses AIG Insurance. Four warriors were arrested and two of which sustained physical injuries but were denied medical attention while in custody for five hours.

The Braided Warriors, Black Lives Matter Vancouver, and Defund 604 Network wrote an open letter condemning the VPD and calling for accountability for their racist and violent actions. The letter currently has signatures of 33 organizations and 300 individuals.

*Content Warning: This document includes a description of police violence against Indigenous youths.