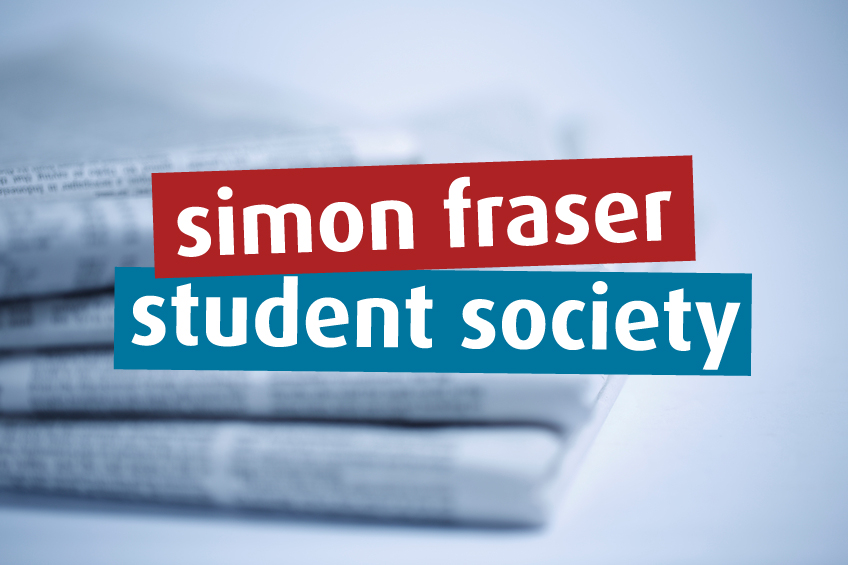 On September 7th, 2021, the SFSS Executive Committee voted unanimously to endorse and support the Senate motion brought forward by student senators to hire at least 15 Black Faculty at SFU, recognize harm, and support initiatives for Black students, staff, and faculty on campus.

This decision is aligned with the SFSS stance to support Black communities and cluster hirings of Black faculty and senior leadership at SFU as outlined in our SFSS Issues Policies. These actions are encouraged in the Employment Equity Act (1995) to ensure that equity is strived for and achieved, as well as the BC Human Rights Code where ‘special programs’ are encouraged to improve the conditions for equity-seeking groups.

The Senate motion will be brought forward to the table for voting on Monday, September 13 at the West Mall Center room 3210 at 5:30 PM, which is a crucial moment for SFU to commit and move to advance equity for Black folks and faculty at SFU. This is an opportunity for SFU to not only recognize the harm and trauma that Black faculty and staff have faced due to historical exclusion through systemic and institutional racism that has existed at University institutions but to put its recognition into action as well.

Want to be part of the change?

This motion comes after a similar motion brought forward by UBC student Senators was brought forward by the UBC Senate in February 2021, which expressed support for a Black, African, and African Diaspora Studies Program; created a scholarship specifically for Black international students in addition to Black Canadian students, and recommended the hiring of 10-15 Black faculty members to be hired across all faculties at UBC.

Within SFU, the Students of Caribbean and African Ancestry (SOCA) has advocated for Black faculty hiring from its inception in 1994 – which has culminated with SFU hiring more Black faculty, some of who were there before and after that advocacy, who are still at SFU today, such as Dr. June Francis and Dr. James Busumtwi-Sam.

Whereas, Black History Month is celebrated by SFU and there has been a stated commitment to Equity, Diversity, & Inclusion (EDI) and racial equity;

Whereas, the UN has done a report on the need for governments and institutions, including universities, to implement Equity Policies and Practices for people of Black and African Descent to alleviate anti-Black racism and remove the disproportionate impacts on Black folks in its Report of the Working Group of Experts on People of African Descent on its mission to Canada;

Whereas programmes to support employment equity have existed to support various communities protected under the Employment Equity Act;

Whereas, there is inadequate support of Black SFU community members students as shown in the Diversity Meter of 2020, highlighting that those who identified of Black persons (Staff and Faculty) reported a lower positive agreement, and higher negative agreement in having the required supports to be successful and fit into SFU’s culture;

Whereas, the University of British Columbia has passed a similar motion and the Simon Fraser University continues to strive to be leaders on issues of Equity, Diversity and Inclusion;

Whereas Tenure-Track Equity Hiring Programs programmes exist specifically for Black communities to advance equity for Black folks and faculty, and there are similar programmes that have been rolled out in Universities such as Ontario College of Art & Design (OCAD) University hiring initiative in support and callout for the International Decade for People of African Descent;

Be it resolved that the Senate recognizes and supports Black History Month moving forward, as well as recognize the International Decade for People of African Descent, and the historical and continuing contributions for Black Faculty staff and students at SFU, including those who have served in the Senate.

Be it further resolved that the Senate supports and recommends that the University funds and implements an initiative to support the hiring of at least 15 tenure-track Black faculty across the faculties and disciplines with an onboarding program for the Black community members hired under such a program, and that this hiring be coordinated under the SFU VP Academic’s Office.

Be it further resolved that the Senate recognize harm and trauma that Black faculty and staff have faced due to the systemic and institutional racism that has existed at SFU, and to support and recommend implementation of programmes and that said supports have financial supports, for current Black faculty, students and staff to redress the inequities that currently exist.