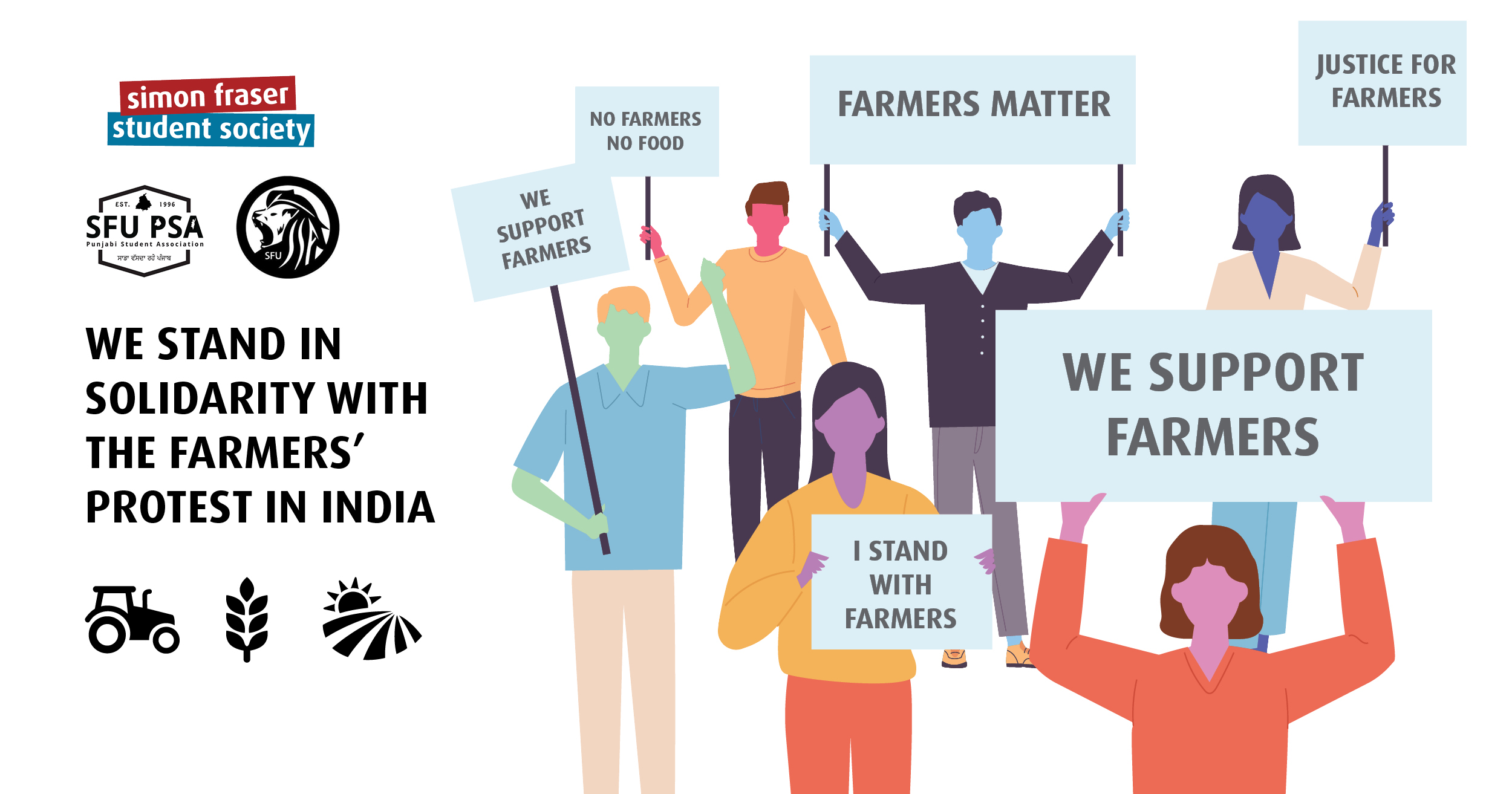 SFSS Statement for the Farmers’ Protest in India

The Simon Fraser Student Society and supporting organizations stand in solidarity with the Farmers’ Protest in India. We empathize with folks that have been impacted by the violence against peaceful protestors in India. We commend the efforts of people peacefully protesting all across the world and spreading awareness about the farmer’s protest.

Hundreds of thousands of farmers from various states in India are protesting against privatization of the agricultural sector. They are protesting three bills that the Indian government passed, which allows for the exploitationing of farmers by large corporations. These new farming laws passed will harm impact farmers in India by prioritizing corporate interests over the farmers. The protests have been going on for months and the government has responded with violence and media blackouts. They have tried to suppress the protests by internet shutdowns in various areas across India.

The authorities have consistently tried to silence the protestors who have peacefully opposed the new laws. In the past month, India has violated several human rights by cutting off food and water supply of the protestors, and unlawfully arresting peaceful protestors and journalists. The Indian government also hired state-owned media to create false propaganda and hatred towards the farmers.

We encourage everyone to learn more, share resources, and tangibly support if you have the means.