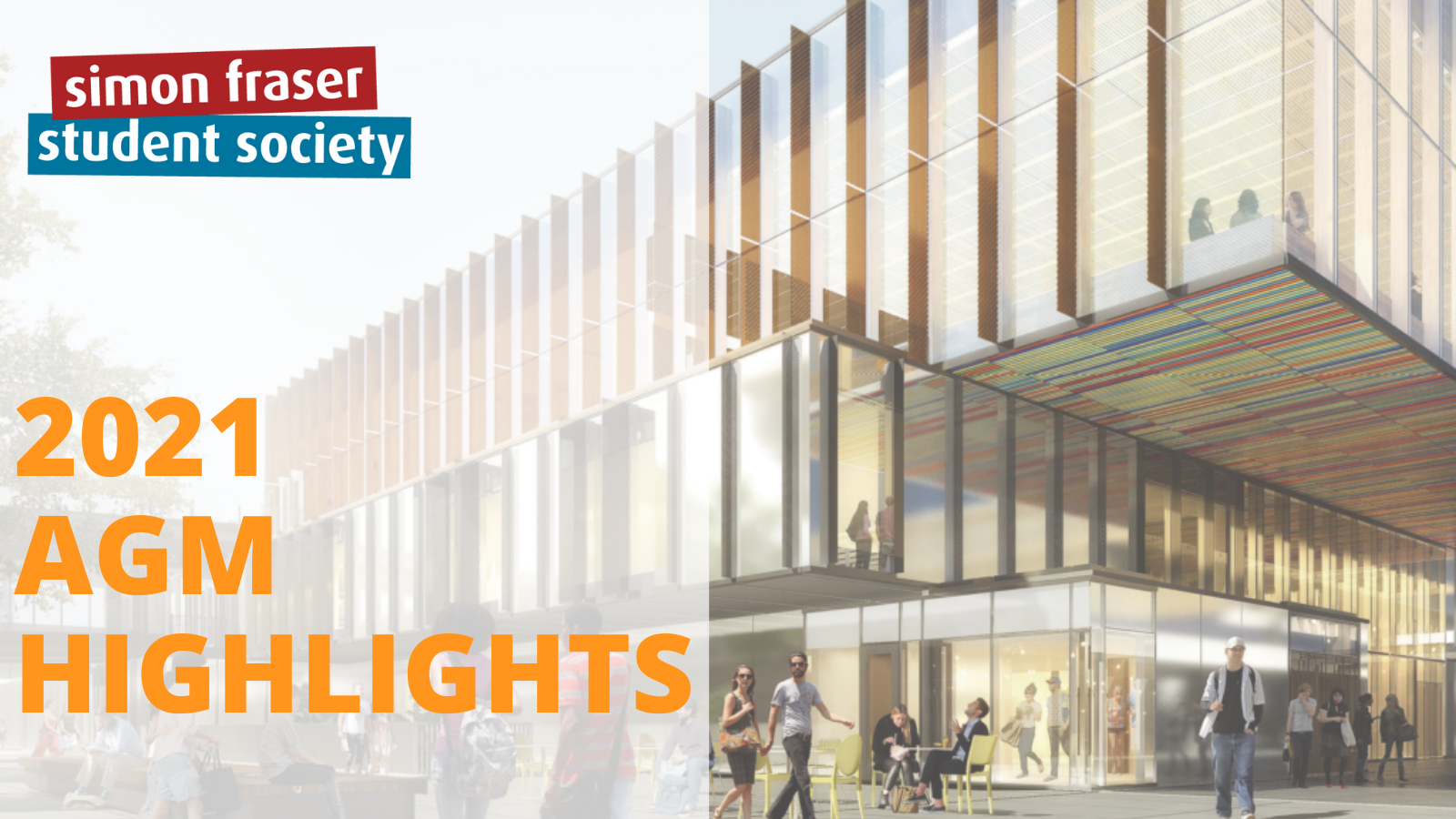 Burnaby, B.C., (Oct 28th, 2021) — The Simon Fraser Student Society Annual General Meeting took place on October 27th, where over 300 students gathered virtually to continue its practice of divestment and to prohibit future Boards from investments in fossil fuels. Additionally, members approved calling on the University to bring back lecture recordings as a long-term practice as a part of their Accessible Course Practices campaign in which SFSS member (and Disability and Neurodiversity Alliance Executive) moved an amendment to also include captioning requirements in the ACP campaign.

The SFSS has voted in support of prohibiting any investment in fossil fuels in line with the already Council-established investment policy. This policy was launched in 2019 that prohibits direct investment in fossil fuel companies as well as indirect investments for companies where more than 5% of their funds are invested in fossil fuel companies. In addition to that the Accessible Courses Practices campaign arose amidst the COVID-19 pandemic and return to campus, students have stated the need for courses to be flexible so students can access their courses in a way that is beneficial to them, and was available to them during the onset of the pandemic, permanently. The Annual General Meeting also says Bylaws passed that clarified and strengthened a number of governance improvements for the SFSS which was previously passed at the 2020 AGM.

SFU350, a student group under the SFSS has worked on the motions for the University as well as the Student Society to divest its funds, and since 2019, the SFSS has done so. SFU350 was pleased with the overwhelming support of the Members Meeting and called on the University to follow suit. Abigail Herd, SFU350’s Co-President stated “SFU350 is grateful to all the students who voted in favour of this bylaw today. Student Power cannot be underestimated. Hope to see Simon Fraser University follow suit as more and more student societies and universities commit to full divestment from fossil fuels.”

Kahshish Mehta, the Biomedical Physiology and Kinesiology SFSS Councillor, after the Accessible Course Practices motion, asserts “Students should have the right to choose how they want to receive their education. Lecture recordings can help us combat the disproportionate amount of inequity and barriers that marginalized communities face while accessing education.” said Kashish Mehta. “And students today clearly stood in solidarity to help make lecture recordings a standard practice in order to have our demands met for more accessible course practices”.

SFU students have been calling for SFU to take action on the climate crisis for years and have won some big wins through SFU committing to taking steps to reduce its carbon footprint, but these steps don’t go far enough. Recently, students created a mural to raise awareness to bring a motion at the SFU Board of Governors for SFU to commit to the Climate Emergency Declaration. This motion was referred to the committee and will be back at the Board table in January.

“Our members came out today in full force and have shown a commitment to sustaining student power and showing the University that we as students take the climate crisis and the accessibility of courses at the University seriously”, said Gabe Liosis, SFSS President. “We hope that the University follows suit”.

See the full AGM package from the SFSS Board of Directors/Council including the motions passed here.