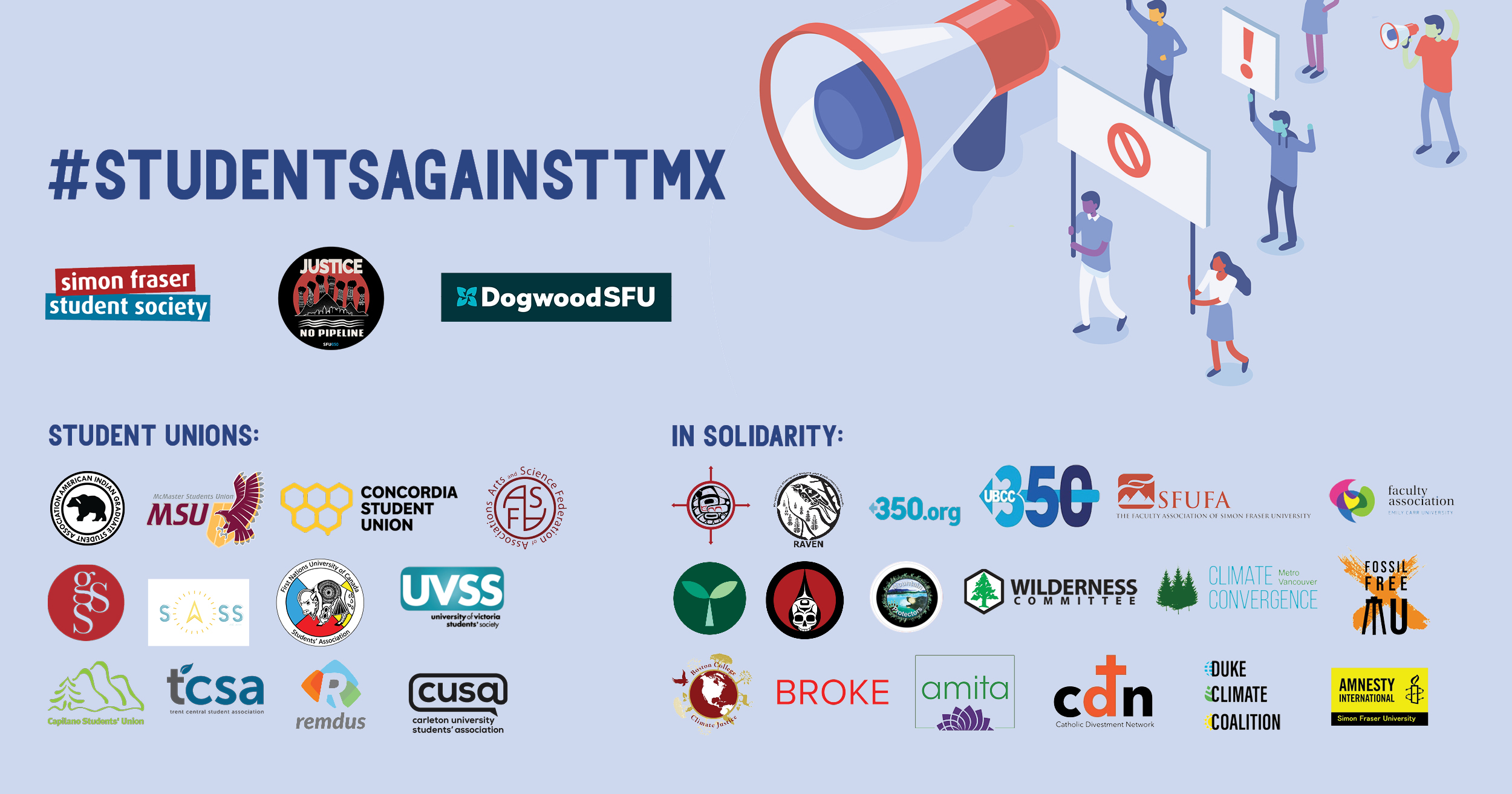 Students Demand a Stop to the Trans Mountain Expansion Project

Student organizations from across Canada and the United States are calling for a stop to the Trans Mountain Expansion (TMX) project. The SFSS, ‘Justice, No Pipeline ’, and DogwoodSFU have sent a letter to Prime Minister Justin Trudeau and his government. The open letter currently has signatures from 13 student unions that represent over 180,000 students, several student groups, and allied groups in both Canada and the United States.

TMX poses a significant risk to the health and safety of the SFU and Burnaby Mountain community, violates the sovereignty of the Indigenous Nations most affected by them, further burdens the Canadian economy, and hinders Canada’s climate change goals.

We must be more proactive in addressing and fighting the climate crisis, on-going colonialism, and extraction projects that continue to disproportionately affect Indigenous Peoples. Therefore we support the immediate termination of TMX and are calling the Prime Minister of Canada to commit to reinvesting public money into a Just Recovery, and working toward a real nation-to-nation relationship with Indigenous Peoples.

The COVID-19 pandemic has revealed that our current economic structures are unsustainable and inequitable. To allow for the country to justly recover and rebuild in a way that benefits all inhabitants, we call on the federal government to ensure the following:

We cannot afford to expand any new fossil fuel projects like TMX in a climate crisis, especially one that is funded by Canadian tax money. Take action now by:

Read the full letter here or for the French version here.

Connect with our campaign online: