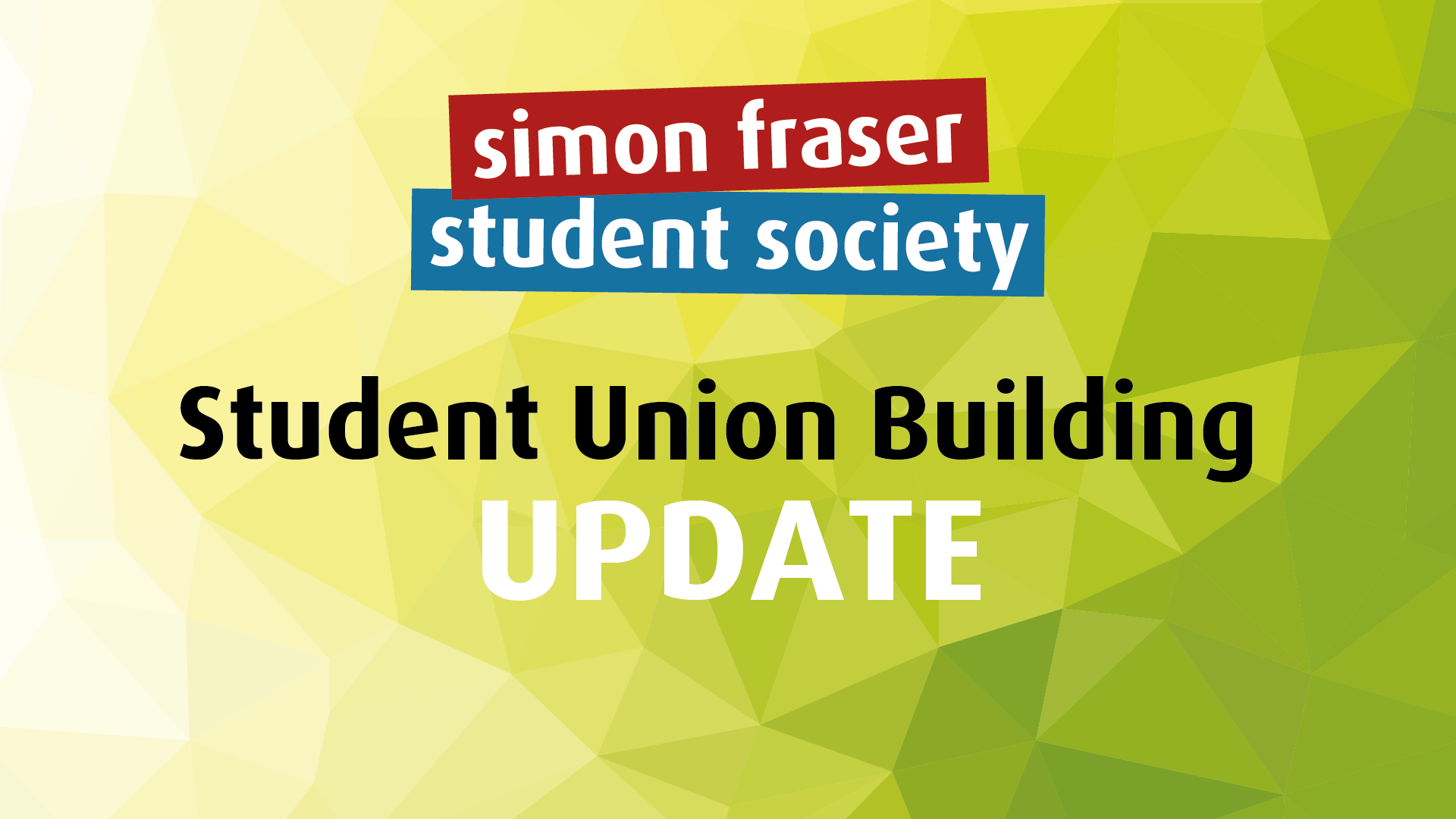 SUB expected to open in Summer 2019

The Simon Fraser Student Society (SFSS) expects SUB construction to wrap up in late March 2019 and expects the building to open to students in Summer 2019.

When will construction be complete?

Why is construction delayed?

What is being done about the delay?

What else do we know?