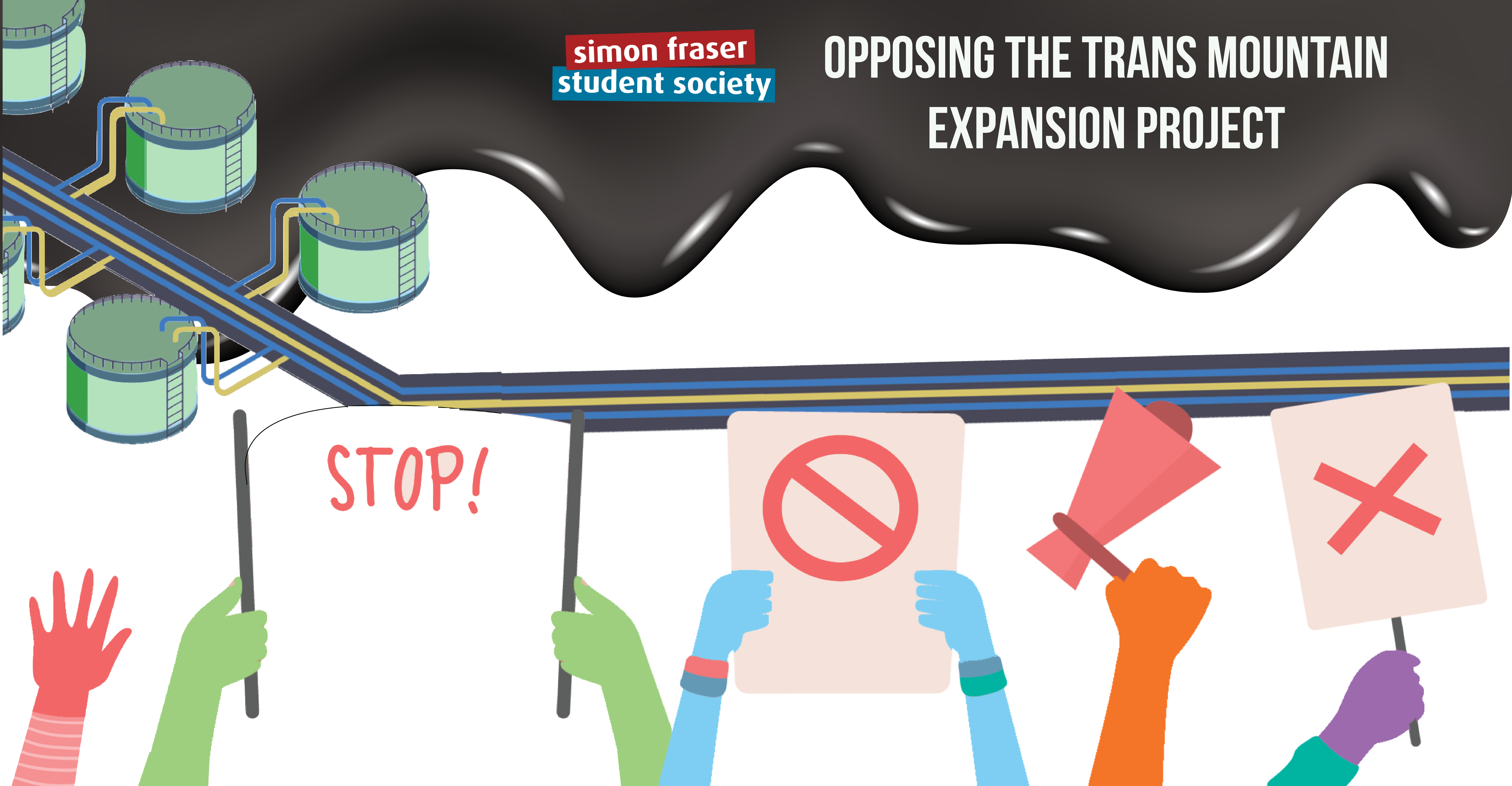 The Simon Fraser Student Society (SFSS) reaffirms its opposition to the Trans Mountain Expansion (TMX) project due to its environmental impacts and safety risk to the SFU Community. The Board of Directors plans to take public action and advocacy against the TMX project by working with SFSS groups to deliver a letter to the student associations across Canada and the United States to sign on in support of calling on the Federal Government of Canada to terminate the Trans Mountain Expansion project in pursuit of a Just Recovery.

The Burnaby Terminal Tank Farm facility at which the transported oil will be stored for distribution to two local terminals are located right off the intersection of Gaglardi Intersection. As part of the TMX project, one tank from the existing 13 will be demolished and 14 new tanks will be built, bringing it to a total of 26.

The SFSS President Osob Mohamed says this will significantly increase the safety risk of the Burnaby Mountain community, which includes Simon Fraser University.

“The safety of SFU students and community members is our top priority,” said Mohamed. “Indigenous leaders in BC and all across Canada have been very vocal in opposition of the pipeline expansion, yet the Canadian government continues to violate the rights of the First Nations on whose stolen and unceded lands the path of the pipeline expansion is located. This strongly contradicts any commitment the BC Provincial Government and the Federal Government have been making regarding reconciliation or addressing the ongoing climate crisis.”

At a BoD meeting in fall 2019, the Directors officially recognized we are in a climate emergency and called on SFU, other public institutions and government bodies at all levels to take more immediate and impactful actions to address the ongoing climate crisis. Moving forward, the BoD intends to work with student climate justice advocacy groups to deliver a letter to the student unions across Canada and the United States to sign on in support of calling on the Federal Government of Canada to terminate the Trans Mountain Expansion project in pursuit of a Just Recovery.

“There needs to be continuous momentum to make a change,” says the SFSS VP External Relations Samad Raza. “We need to work with other student groups and associations in lobbying the Federal Government to stop the expansion and reinvest billions of taxpayer money into a Just Recovery.”