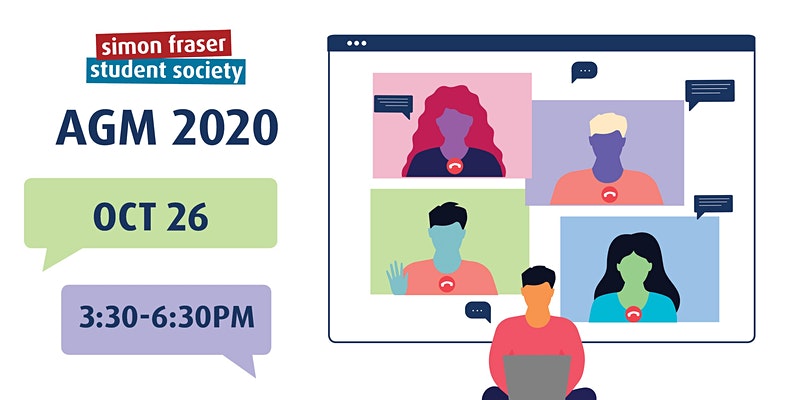 Come to the AGM and have your vote in bringing democracy, transparency, and accountability back to the SFSS.

The SFSS Annual General Meeting will be held at 3:30 p.m. on Monday, October 26th, 2020 via Zoom, for the following purposes:

Your vote is important:

The SFSS Membership (yes, that includes you!) entrusts an elected Board of Directors to manage the Society on their behalf. However, the Societies Act, of which the SFSS is governed, requires that certain matters be approved by the Membership at the Annual General Meeting, as the Membership is the highest governing body of the Society.

The following link will take you to the agenda, minutes, annual report, VP Finance report, and financial statements: http://bit.ly/SFSS2020AGM